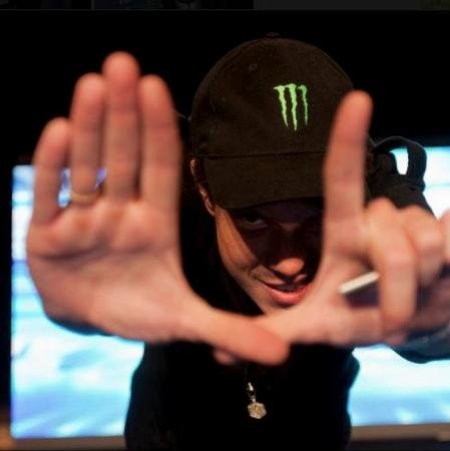 Santiago Garcia is an audiovisual award winning director that has participated in projects all around the world, making a name for himself in the different markets were he has develop his craft.

From a young age he started dabbling in the different production areas, and at the age 19 he officially started to become a professional editor which opened many doors for him.
In Venezuela he worked as an editor and assistant director for many well known directors mainly in the advertising world, handling the biggest campaigns in the market, such as Mc Donalds and Coca-cola amongst many others.

In 1999 he decides to moved to spain, were his career took of. Up until 2004 he was Main editor-Post supervisor for all kinds of big format projects, such as Big Brother, Fear Factor, Survivors, several scripted shows a couple of movies for the spanish market and a big etcetera.

From 2004 he decided to start directing, first he concentrated on Video clips, working with a lot of big names in the spanish market, and also in advertising tv spots. Then he went on to handle pieces with larger content, through the year he has made a big career in Entertainment handling big format brands such as The Voice, The Apprentice, Xfactor, Farmer seeks wife, Xtreme make over house edition, and a long etcetera. He also participated in a couple of very big Scripted series, along with one of the biggest comedy sketches show in the spanish market.

But in 2012 he was recruited by Endemol and brought to USA to start directing Entertainment and since here he has been a part of “la voz kids” “Yo Me llamo” and “Top Chef” along with many other smaller protects that has kept him busy since he landed in this market.

Lately he decided to do advertising again as well, doing a couple of big campaigns for dish network nationally along with a lot of promos for different tv shows. With the decision of going into advertising, came an interesting surprise.

Since Santiago Garcia has been always making a difference in television making the content be surrounded by a beautiful package (image and edit) and having the budget and time challenges that TV has, it happened that in todays reality he made for an outstanding advertising director, because he has the know how that allows to make an incredible audiovisual product, in less time and budget than most advertising directors.

Here you can create the content that will be used within the module.